How Far Would You Carry The Cross? 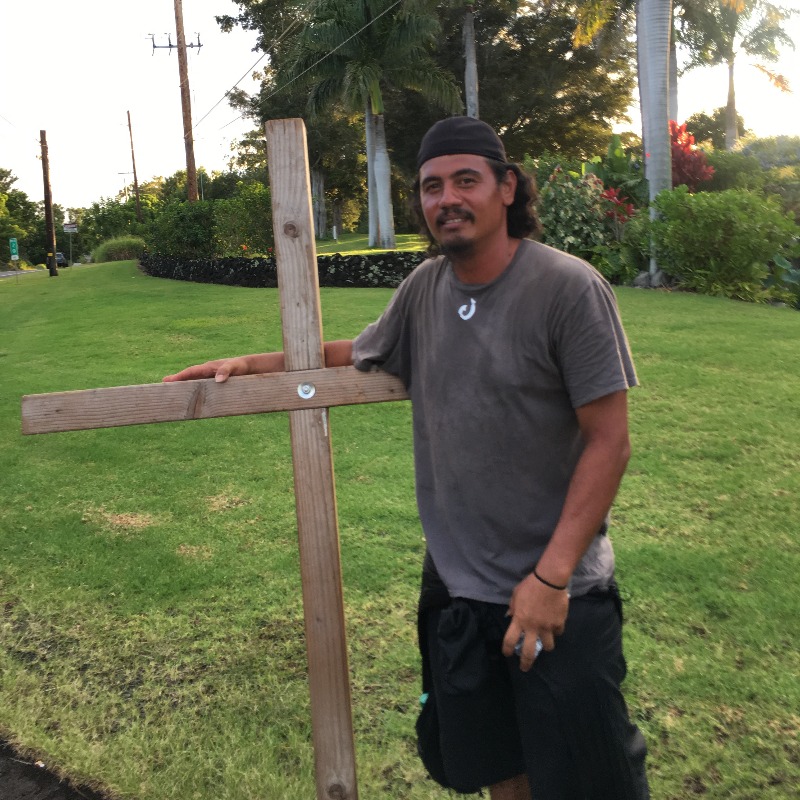 My husband Scott and I recently had the privilege of vacationing at the Big Island of Hawaii.
We hiked to breathtaking waterfalls, inside a volcano, and to one of only four green sand beaches in the world. We ate tasty Hawaiian food and watched the sunset while swimming in the cerulean ocean. 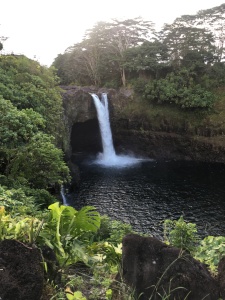 But as beautiful as these sites were, they pale in comparison to the man I saw carrying a large wooden cross over his shoulder as he hiked up a hill.

Scott and I were running late and several miles away from an exclusive golf course. I wanted to stop but knew Scott would miss his tee time. I said a silent prayer that somehow, I would be able to meet that man.
Well, God answered my prayer.

As we pulled out of the golf course near sunset, there was the man from hours earlier—carrying the cross!

I hopped out of the car with hardly a thought. As I approached, he greeted me with a smile, wiped the sweat from his brow, and agreed to tell me his story.
His name is Hokuokalani Patoc, a.k.a Hoku, originally from Oahu, Hawaii. But as you might have guessed, Hoku’s story is more than his own.
As it turns out, this is Hoku’s second hike carrying a cross. In 2015, Hoku was going through a rough time in life. His friend John took him to church. Hoku was baptized in 2016 at Calvary Chapel where he went through training, spending hours of study in the Bible. Soon after his training, he was compelled by God to carve a wooden cross and carry it throughout Oahu for ten days. Hoku says he wasn’t trying to seek attention for himself. He was listening to God and hoped others would be blessed by it.
“I was so broken, I didn’t realize when I started the journey with the first cross, it was Valentine’s Day. When I realized, it felt so good to give my love to Jesus that day.”
Since his first hike with the cross, Hoku’s relationship with Christ has grown. He spoke of the peace and freedom he has received.
“Since 2016 until now, God has done a lot for me. It’s been very empowering.”

Hoku was impelled by God once again to pick up his cross. 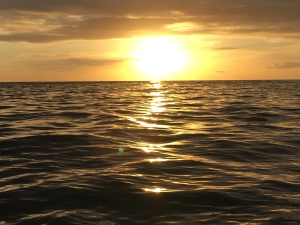 This time it was for his people who he called his family—Native Hawaiians (Ohana). The hike was going to take him to the foot of a culturally significant site of the dormant volcanic mountain of Mauna Kea. Several hundred Native Hawaiians and Hawaiian rights activists have been camped out at the mountain since mid-July protesting against a $1.4 billion scientific project, the Thirty Meter Telescope.
The Thirty Meter Telescope will use an immense mirror and some of the world’s largest sensors to peer deep into the universe, providing images at 12 times the resolution of the Hubble Space Telescope. At about 14,000 feet above sea level, the summit of Mauna Kea provides some of the world’s best viewing conditions of the night sky, with clear air and very little light pollution. That’s why there are already about a dozen other active telescopes there.
The trouble is not exactly with the telescope, but with the location. The Native Hawaiians call the mountain Mauna O Wakea which is believed to be sacred, where the sky god, Wakea, met with Papa Hanuau Moku, the earth goddess which led to the creation of the islands. Only the highest-ranking chiefs could go there. There is also a sacred lake, burial sites and a historic quarry where stone tools were made. 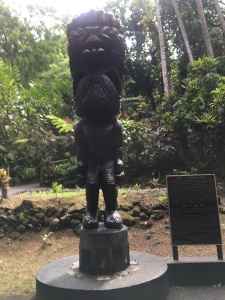 The prospect of the telescope has caused a great division among Hoku’s people.

Protesters say the mountain will be further desecrated. Those in favor believe that the protests are misguided, saying it will create 140 well-paid technical jobs and add $150 million a year to the state’s economy.
Hoku would walk another 60 miles throughout the night in hopes of demonstrating unity to his people when he arrived carrying the cross of Christ.
“We must die to ourselves and focus on working together by getting rid of the pain and the bitterness,” he said. “Don’t get me wrong. There is a lot of good coming out of it, too. Our people are standing together. But that is only one-half of our people. I want to see us come together and not just fight for our mountain, but for our nation and get our country back.”

As Hoku walked to the mountain through the night, he said he would pray for strength and wisdom.

He wasn’t sure what he would say once he made it, admitting he wasn’t good with words and hoped he would not have to speak.
“I think this cross speaks louder and better than anything I could say. I pray that God will work in them personally the way He did for me. I hope when people see the cross, they will have a revelation or conviction.”
After our conversation, Scott and I offered food and water to Hoku and finished with a group prayer before he was on his way carrying the cross, his back to the setting sun. I watched his silhouette through the side-view mirror until it disappeared. 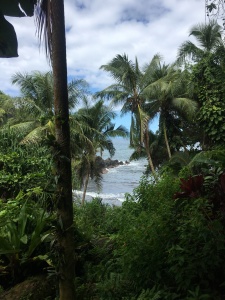 This is where the story gets even more interesting.

Two days later, Scott and I were on our way to visit a botanical garden which meant a two-hour drive that would take us past the mighty Mauna Kea and the ever-growing group of protesters.
Scott was extremely disappointed that we could not see the observatory/visitor center and hike or drive (my vote was drive!) to the summit. As we drew nearer to the mountain, we observed the many tents along the sides of the road. We had to slow our speed as we drove closer to the flashing lights, guards, and police. My adventure-seeking husband decided to park the car and hopefully find out more information about the possibility of entering. I got out with him, of course.

There were protest signs and Hawaiian flags lining the paved road of the entrance. As we walked through the crowd, someone made an announcement  from a makeshift sound system, “Will Hoku, the guy with the cross come to the front?”

I turned left then right, and there was Hoku, making his way up the street!

Scott and I approached him and were once again greeted with his warm smile. I gave him a reassuring pat on the arm and told him I was praying for him. His smile waned slightly, and I knew he was nervous as he walked ahead to the tents of council and elders known as “kupuna.” 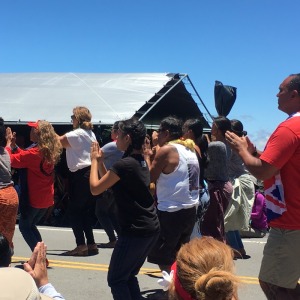 A ceremony began with a loud thud of drums. An elderly Hawaiian woman spoke and sang in the traditional language while dancers began to sway and gyrate barefoot down the middle of the road. The people chanted and called out to Ku and other Hawaiian gods. Then anguished cries and wailing erupted among the dancers. It was obvious this mountain had deep significance to them. Scott and I watched in awe of what we were witnessing. The ceremony went on for another half an hour while layers of dancers were added, some blowing horns. But I could not see Hoku. I only knew that he was called forward by the leaders and he went willingly.
The ceremony continued and Scott found out from a nearby officer that we would not be able to enter the visitor center or the mountain. Governor Ige deplored unarmed national guard troops and Hawaiian County law enforcement officers after the arrest of at least 33 people back in July which made national news in the New York Times. The officer told Scott the protests were expected to continue for a long time, possibly a year or more.

As we made our discrete exit from this amazing event, I prayed for Hoku to have courage and Holy Spirit guidance with his words if he was asked to speak at some point. It was likely that most of these people did not know about the One true God and His Son Jesus Christ. Hoku had taken a great risk carrying a cross into this situation that was already deeply emotional.

I couldn’t help but wonder if I would have what it takes should God call me to a task like Hoku’s.

Am I willing to go wherever the Lord sends me—even if it means severe rejection or my very life?
Yes, I’ve read stories about Christians all over the world making a stand for Christ that either puts them in jail or sentences them to death. I’ve just never come face-to-face with someone like Hoku. His faith and obedience have forever changed me. I readily admit that I’m not sure I have that kind of faith … but I want to. I pray desperately for it. And I’m praying for you, too, my fellow believer.
With the growing division in our country and rising disdain for those who hold biblical values, Christians must tighten our resolve. We need the kind of faith and obedience demonstrated by Hoku. This comes from hearts totally submitted to the will of God.

How far am I willing to carry the cross of Christ? How about you?

JOIN THE CONVERSATION: I’d love to hear from you. Please leave your comments below. 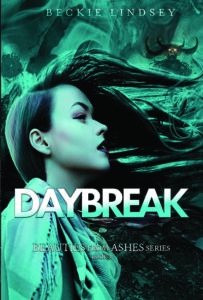 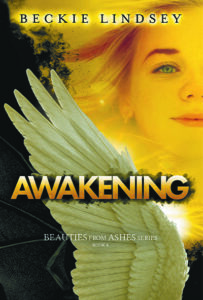