I have something special to share today. It is a true story of one girl’s struggle with abuse and addiction— and God’s saving grace which gave her freedom. If you are a parent or grandparent of a wayward child, this will bless your socks off! Here we go…

When Jacquie and her father returned to her hometown church in Phelan to give their testimony, five of the police officers who had arrested her when she was at her lowest were in attendance. By the end of her testimony, three of the officers stood to receive Christ. She uses every opportunity to minister and shares with others about what God has done in her life. 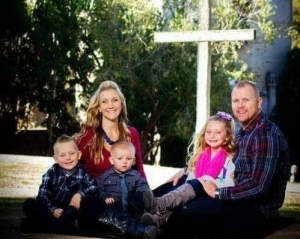 “God’s hand was always with me through everything. I had parents who were praying for me. I always tell parents to never give up praying for their kids. If you have kids still living in your home, make sure they attend church with you. Everything I learned from my parents and church came back to me in my darkest hour. Like it says in Isaiah 55:11 “It is the same with my word. I send it out, and it always produces fruit. It will accomplish all I want it to, and it will prosper everywhere I send it.” 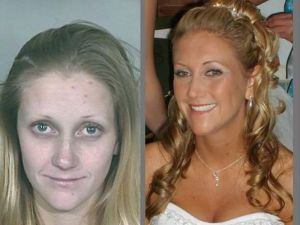 “Therefore, if anyone is in Christ, the new creation has come: The old has gone, the new is here!” 2 Corinthians 5:17

I hope you were inspired by Jacquie’s story. I’d love to hear from you in the comments below. Prayer requests or comments to Jacquie are welcome.
This article originally appeared on SoCal Christian Voice. If you are looking for Christian news and inspirational stories like this one, check it out!

To receive an occasional newsletter about updates on my books, click HERE.