Bias is a hot topic nowadays.

“Journalism’s first obligation is to the truth,” according to the American Press Association. And yet, ongoing allegations of media bias are what’s trending in the news most days. A recent Harvard study reveals that among the group of mainstream media analyzed, every outlet was negative more often than positive concerning President Trump’s first 100 days in office.

Fake news and media bias although disconcerting, should not be surprising.

Human beings tend to show bias, favoritism, and prejudice. However, Christians are called to God’s standards, not human sinful tendencies. Not only are we to not show bias and favoritism, we are to stand up for truth and expose lies.

“Take no part in the worthless deeds of evil and darkness; instead, expose them.”
Ephesians 5:11

If we don’t like what we are seeing in mainstream media, we have a responsibility to DO something—to expose lies. But before we point our proverbial finger, we have an obligation to look within our own hearts, for a Christian’s creed is to speak the truth in love. We must confront bias within ourselves before confronting others.

“My brothers and sisters, believers in our glorious Lord Jesus Christ must not show favoritism. Suppose a man comes into your meeting wearing a gold ring and fine clothes, and a poor man in filthy old clothes also comes in.” James 1:27

Discrimination and prejudice are the evil cousins of favoritism and bias. All four of these ugly sins are rampant in our society. Our culture elevates people based on appearance, wealth, age, and social status. But the Bible is clear, favoritism is not God’s will for Christians. We are to be holy as God is holy. And God does not show favoritism (Romans 2:11).

It is difficult for today’s Christians not to show favoritism and we aren’t alone. Even Christ’s closest followers struggled with bias against people different from them. When the apostle Peter was first called to minister to non-Jewish people, he was reluctant. He later admitted, “I now realize how true it is that God does not show favoritism but accepts men from every nation who fear him and do what is right.” The fact that James addresses the sin of favoritism, shows it was a common problem then much like today.

So, how do we move away from favoritism and bias, toward God’s desire for us?

First, we admit when we have sinned. Second, we ask God to forgive us. Third, we ask God to help us love our neighbors as ourselves. Finally, put that love into practice by reaching out to those different than ourselves.

When our walk reflects our talk, people will listen. In this way, we can expose evil deeds with Christ’s attitude of truth in love.

WHAT DO YOU THINK? JOIN THE CONVERSATION AND COMMENT BELOW: 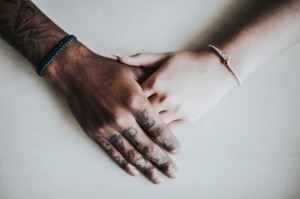